About Mariano Amphora Album
ABOUT MARIANOMANZELLA

Mariano Manzella is a Flamenco guitarist who was born and grew up in Buenos Aires, Argentina. He started electric guitar at the age of 14 playing Rock & Roll. However, early he was attracted by the rhythm and passion of flamenco, studying in his city with outstanding performers and continuing his training in Spain and the United States. He says: “When I started I tried other genres, but flamenco is one of a kind. It caught my attention; the musicians, when they enter it, they go into shock”.

Among his teachers are Manolo Franco y Miguel Serrano, Chuscales, Paco Jarana y Pedro Cortés, Raúl "El Perla", David Amaya "Barbería del Sur" y Santiago Aguilar. Along with performing concerts throughout Argentina and venues in Europe and the USA, he has performed in one of the most important Flamenco festivals, being invited as an international artist for the 2001 and 2002 Flamenco Festival of Albuquerque, Nuevo Mexico. But Mariano's influences don't stop at either traditional flamenco or Spanish classical guitar. While Mariano is flamenco-oriented, he is not a flamenco purist; instead, He combines the essence of flamenco incorporating rhythms from jazz to Brazilian bossa and tango.

His dedication and talent have allowed him to share stages with eclectic musicians from different parts of the world. Along with his impressive trajectory, he has participated in various musical projects with musicians from his genre and from many other styles like Jazz, Tango, and Rock.

ROUND MIDNIGHTVIDEO by Laura Gimenez

Although Mariano’s work always has been focused in classic Flamenco Amphora is a blend of flamenco traditions with jazz, Latin, folk and Brazilian music. It was created after an idea from Mariano to share his music with talented musicians he knew during his musical trajectory. Mariano says his project for this album came to him when he was playing with Macabre & Catupecu Machu during "Madera Microchip" concerts in Buenos Aires. Macabre (Martin Gonzalez), a renowned musician & producer), proposed to him to record and to produce his first album. From his eclectic experience and Macabre’s suggestion, the plan of his first record was born. That idea turned into a wonderful musical inclusion project that would allow everyone’s genre and talents to collide into a final work of art. Mariano set out to organize the many musicians he played with around the world and created a collective venue that included artists from Argentina, Brazil, Mexico, USA, Spain, Italy, and Japan. 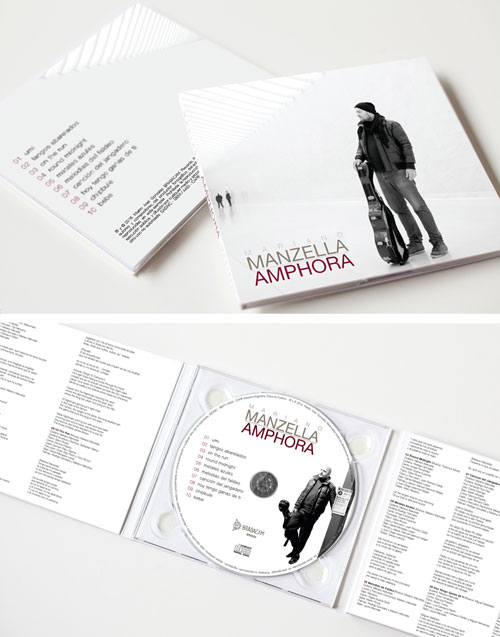 For all booking related inquiries, please e-mail mlmanzella@hotmail.com or
please fill the form.